Peeling away the carpet

Event Info
Thanks Bryce for the write up! 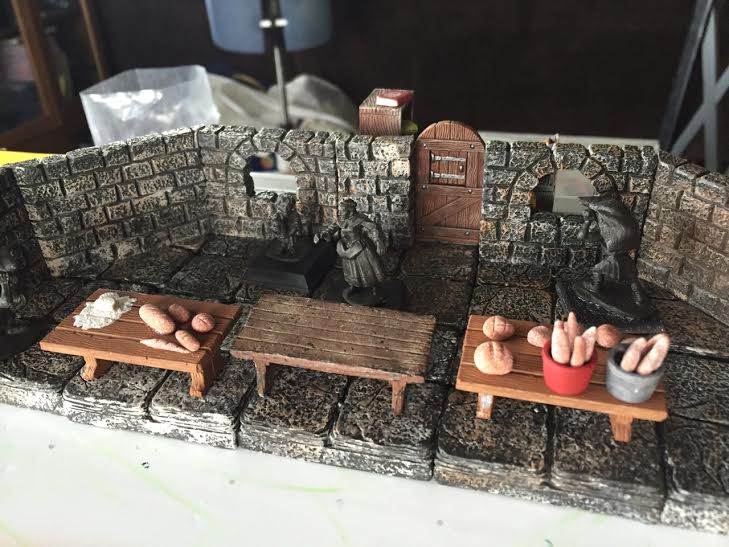 The party arrives at the suspicious bakery. Spotting Nellie they strike up a conversation. It seems like Mires Tithane has been missing since the attack on the bakery a few days ago. After a brief conversation she allows us into his office to investigate. Lindy stands guard as Amalia and Morwen survey the crowd. Ulrich and Aran begin to rummage through Mires Tithane’s things. Ulrich finds a journal which he tosses to Aran as he continues his search upstairs. While Ulrich searches the upstairs apartment Aran finds a few passages about a missing friend, dust, and a trap door beneath the rug. He calls up to Ulrich who quickly slides down the ladder.

Aran has kicked back the rug to reveal a trapdoor, only without handle or hinges. Ulrich calls to the ladies outside of the office explaining the situation. Morwen gives a cursory glance and finds a hidden switch under the desk. With a click it swings open. The dank smell of natural stonework wafts into the office. Ulrich creates a small light and tosses it down revealing a plateau. Lindy lights a torch and begins her descent. Upon reaching the plateau Ulrich replicates his magical feat and creates another glowing light stone tossing it down to reveal another small plateau. Aran has followed them down while Morwen and Amalia stand watch in the office. The small cadre begin to walk the marked path. Ulrich’s light shines down a fork and he goes to investigate. He returns quickly empty handed. As we explore we find a man made wall with a large hole in its side. Ulrich sends Havoc to let Morwen and Amalia know what we have found only to find that they have crept up behind him. Two large empty kegs stand dry and parched, their contents long since absorbed into the wood. There is only one door leading out of the room. Ulrich opens the door while Lindy stands prepared to take down anything that jumps at us. 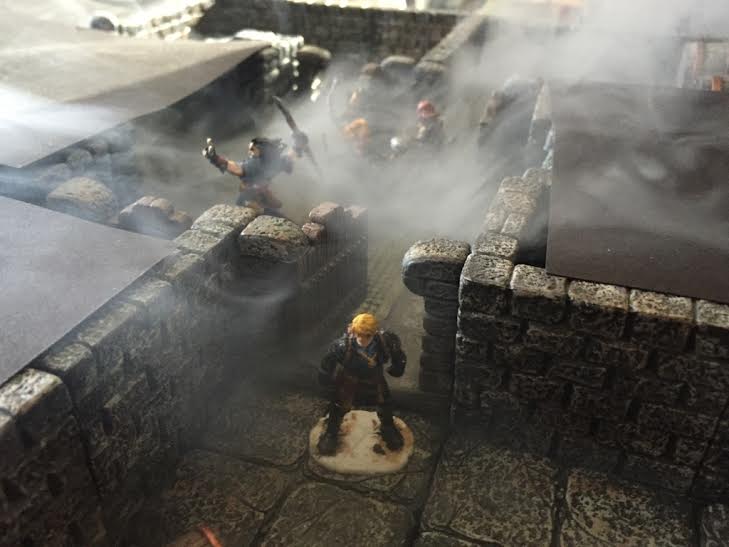 A pallid man in an armor so inky that it appears to be black until the light from Lindy‘s torch shines upon it revealing a deep shade of crimson. He screeches alerting his nearby compatriots who begin to stream from the doors adjoining this small room. More and more of the shambling corpse like creatures come from the doors accompanied by a few cultists. Ulrich utters a harsh bark and lightning arcs through the room. A cultist is instantly turned to ash. Amalia begins a slow chant. The ground slowly begins to ripple. As her chant reaches its crescendo the ground comes to a sudden stop before erupting into spikes. We continue our melee as our attackers are skewered through the legs by the stone spikes. Lindy is also speared in the thigh, but with a smile she shrugs it off. Another bolt tears through the room and the rest of the stumbling corpses fall into charred heaps. The armored man stands tall in the center of the room, surveying his shriveled lackeys. Lindy steps to him and begins to hack at him like she was felling a tree. Morwen begins to sing a song that strengthens the groups resolve as Amalia pulls her bow from her back and fires shot after shot into the armored man. Aran clicks his heels and jumps to the wall which he begins to run up not stopping until he has reached the armored man and is facing him from an unexpected angle. Ulrich fires multiple bolts of purple eldritch might, but their armored foe just laughs. His laughter is short lived as Lindy’s relentless chopping cuts into his should. He clutches his wound and eyes the party.Lindy squares her shoulders, pulls back her great-sword, and with a mighty swing takes his legs off at the knees. The group readies their weapons as he begins to fade into mist. He smiles until he notices that Lindy hadn’t stopped her swing and had brought it full circle. With the momentum of the strike Lindy had no problem separating his head from his shoulders.

A quick search of the immediate area yields little results. A handful of gold and a sword of finer than normal make. Throughout the rest of the adjacent rooms we find a few bodies in pieces, a note referring to the journal and a desk. We push aside a fallen portcullis blocking a doorway to reveal a few more walking corpses. We dispatch them finding a shabbily made felt lined coffin. 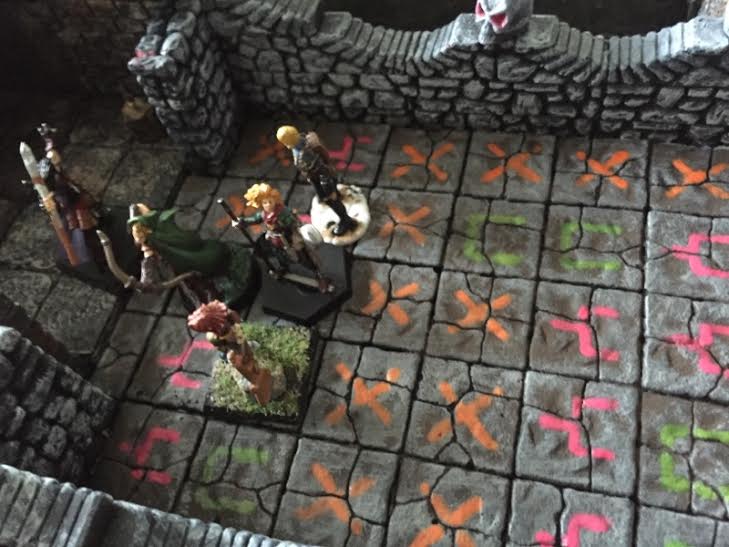 We walk into the adjoining antechamber when Lindy is struck by spears from the ground. Aran looking confused attempts to walk along the ceiling and is still struck by the spears. Morwen is unable to find any sort of trigger or mechanical means of disabling what appears to be booby traps. We think back to the notes and journal and find a passage that reads something about “a blaze of the fae”. We discuss it for a moment but are only lead to the possibility that it is referring to Faerie Fire. The dust that Ulrich has found will show us the way. We begin to map out where we are to walk to avoid the trap. We make it across with only a few bumps and scrapes, mostly to Ulrich , and look to press deeper into the subterranean rooms.

34 - Report To Walthas Argument in the Barracks, a stranger

33 - Life is a Coin You can spend it any way you like, but you can only spend it once

30 - The Lilybrook Affair Future of the children