The new dawn rises over the troubled kingdom of Morwindl. Darkness Fell, and took favored heroes with it. Tainted by the Spear of Power, these influential people rose to power and now dominate the political landscape of the north west portion of the island. But, as with all things, the Tide ever cycles, and new heroes Rise to combat evil.

The drums of war beat, the empire sends its army north to quell Verity’s rebellion, while the fledgling kingdom desperately tries to raise an army of its own. The people of the land try to forget about Vecna nearly breaking out of his prison, and the remaining powerful artifact sundered, but untamed. And surrounded by it all, six unlikely friends try find their place in the world. Was Ulrich the one foretold, or, perhaps, is there another?

And so it shall come to pass that which men have made shall be shattered. The Shadow shall lie across the whole of the land and the dark one shall once more lay his hand upon the world of man. Women shall weep and men quake as the nations of the earth are rent like rotting cloth. Neither shall anything stand nor abide.
Yet one shall be born to face the Shadow; the dragon shall be reborn, and they will bear the mark of the serpent. The people of the earth shall be clothed in burlap and ash, and the dragon shall tear apart all ties that bind.
Like the unfettered dawn shall the dragon blind us, and burn us, yet shall they confront the Shadow, and their blood shall give us light. Let your tears flow, oh people, and weep for your salvation.

Could one of them be the dragon foretold, or have they come and gone and the world is doomed? Can they recover the shattered artifact and use it seal Vecna’s damaged prison?

Aurora, Edward, Kirkwell, Misha, Rorik, and Sparklegem (now calling their troupe “Teebeedee”) near the town of Wende; they eliminated Glasstaff, removed the goblinoid threat at Cragmaw Castle, rescued Gundren Opalbelly, located the Thunder Cave, and … wait … do you hear that? 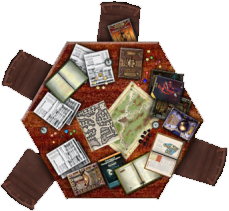 This a homebrew sandbox setting I began in 2011 when my friends asked me to do a little DMing for our group. Morwindl has grown far beyond what my initial intentions with it were. I have learned a ton, I have taught some, and a few of my good friends have gotten to spend some time around my table as I muddled my way through learning the craft. I very much appreciate the patience of my friends over these years while I did so – thank you!

Currently in season two, they are working their way through the Lost Mine of Phandelver, which I’ll follow with the Red Hand of Doom (which I’m still converting for 5e and my setting), but shhh, they don’t know that. I haven’t quite settled on what to finish out the season with, but I may stop after the climax of RHoD. 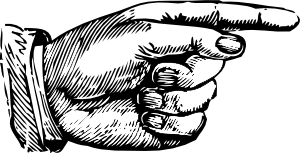